Become a Tycoon Yourself with Tycoon slots 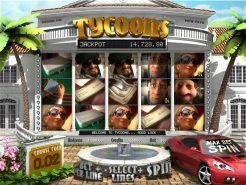 Play Now
Tycoon slots is an action packed slots game with 3D imagery. In this game players meet four wealthy tycoons who like to play cards against each other to see who will be in the wealthiest of them all. There are five reels and thirty paylines to this fast paced slots game that can be played for fun in addition for real money. There is a progressive jackpot that can be won if five of the briefcase symbols land on one the thirtieth payline together.

Other symbols to look out for in this game are the characters when they have the fs letters at the bottom right hand corner. Three of these together give the player free spins during which either reel 2, 3 or 4 will be wild. And if one of the characters is part of a winning line, the winnings for that line are doubled. Apart from the free spins there is also bonus game giving instant credit wins to the players. This is activated if the gold symbol, money symbol and check symbol appear on reels 1,2 and 3 together. Another bonus round is activated when three of the hands holding a card appear on screen, this takes the players to a new screen where they see the four tycoons playing a card game. The player is invited to predict which tycoon will win and if the player guesses correctly he wins the maximum bonus payout. Playing Tycoon is fun and exciting and with a little bit of luck the player may also get closer to becoming a tycoon himself.
Play Now 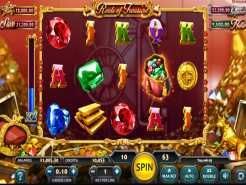 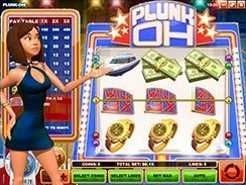