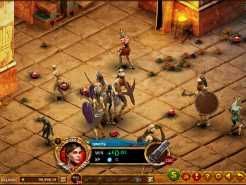 Play Now
Max Quest: Wrath of Ra Slots is not an ordinary slots game, it is game of shooting and much more similar to an arcade game that a traditional slots game. The game starts with an introduction from the infamous Professor Finnley Organian who explains the importance of fighting the enemy and uncover ing the hidden treasures. Players are then invited to choose their coin sizes and buy bullets with which they load their guns and start to shoot the enemy after they have chosen which room to play in. Each room accommodates up to six players at once and players can join forces and shoot all of the enemies and unusual creatures that scramble across the floors, in a bid to move through the different rooms and get closer to the treasures.

Shoot to Kill and Earn Payouts

The game starts with the player buying bullets and once these have run out, he needs to buy more and continue shooting to proceed through different rooms of the game. There is a special weapons crate that players can also buy from once they have passed the first level and these weapons become more and more powerful with the more money that is spent on them. There are laser guns, grenades, machine guns, and special guns that are super powerful. Each gun is capable of more blasts to bring more winnings to the player. Winnings are awarded for each target that is killed. Players can also opt for the automatic firing by holding down the enter key and clicking continuously or they can just shoot as they please. This game is much more like a traditional arcade game than a traditional slots and it gives players endless hours of fun and of course progress through the different treasure rooms and deeper and deeper towards the treasures.
Play Now 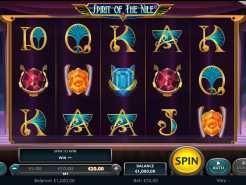 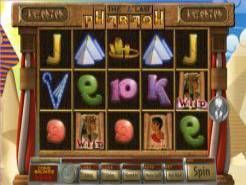 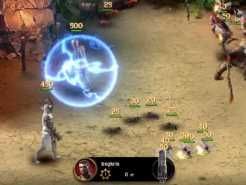